Incumbent Donna Eccleston is running for her fourth term as Precinct 1 Comal County Commissioner. Unfortunately, Ms. Eccleston has a history of unresponsiveness when it comes to representing her constituents and Comal County citizens. During her 11 years on Commissioners’ Court, countless emails and calls to her and her office have gone unanswered. While she wrote a letter to TCEQ in 2017 requesting a public meeting, talk is cheap (and so are letters). When it comes to meaningful actions related to the proposed Vulcan quarry, Ms. Eccleston has done nothing.

She has ignored many invitations from our group to meet and discuss the planned 1500-acre open-pit mine. Then on March 22, 2018, in Commissioner’s Court, citizens urged Ms. Eccleston and her fellow commissioners to postpone a vote on a pointless, do-nothing resolution until it could be revised to effectively support area citizens fighting the quarry. Despite having specific actionable tools and examples of other counties who have led the way opposing TCEQ air quality permits, commissioners seemingly ignored their constituents and passed the resolution anyway. By supporting this impotent resolution, Ms. Eccleston continued to side with an out-of-state corporation rather than the citizens she was elected to represent.

During the 2019 legislative session, numerous county judges and commissioners from other counties like Burnet, Kendall, and Victoria made the trip to Austin to support good bills that would protect the health and safety of their citizens—and our state’s natural resources—from unregulated aggregate mining activities. Sadly, Donna Eccleston was not among them.

Ms. Eccleston even went so far as to ask our group to tell citizens to stop calling and emailing her about the planned quarry and their related concerns!

In contrast, we are encouraged by Richard Smith’s focus on transparency and accessibility, and wide range of experience in areas important to Commissioners’ Court. Mr. Smith has been with the Comal County Sheriff’s Office for 16 years as a peace officer, hostage negotiator, Courthouse security supervisor, fraud examiner, and currently as a financial crimes’ investigator. As a candidate, he has been open and communicative with our organization. Mr. Smith shares many of our concerns and appears willing to think outside the box to find and implement real solutions for Comal County citizens.

Lindsay Poisel’s experience includes overseeing environmental impact reports and identifying mortgage-related fraud. Currently she is employed as an executive recruiter, often working closely with various government agencies such as the SEC, FTC, and Department of Justice. Ms. Poisel has met with our group and is also very concerned about our natural resources, holding polluters accountable, and protecting the health and safety of Comal County residents.

Precinct 1 deserves a commissioner who listens to citizens, pursues outside-the-box solutions, and takes appropriate action. It’s high time for a change at Comal County Commissioners’ Court—and Precinct 1 is a great place to start.

In the Republican primary, we strongly recommend challenger Richard Smith.

In the Democratic primary, we support Lindsay Poisel, who is unopposed.

Early voting begins on February 18 and election day is March 3, 2020. Visit the Comal County Elections webpage for polling locations and sample ballots. Candidate responses to our questionnaire are listed below. 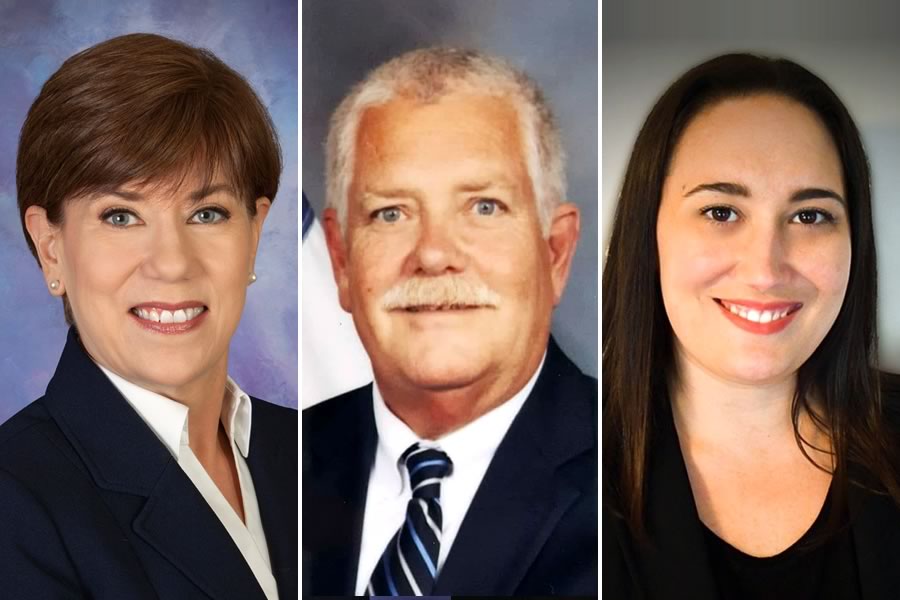 Preserve Our Hill Country Environment sent a candidate questionnaire to all three candidates in early January, then followed up with each candidate multiple times. Responses from each candidate are shown below verbatim. As per instructions, responses have not been edited for spelling, punctuation, or grammatical errors. “No response received” is shown for any candidate who did not reply by the January 31 deadline.

Question 1. Texas counties do not have the same powers as cities when it comes to zoning and certain types of regulation. However, counties do have many tools available when it comes to protecting the health and safety of their citizens against the well-documented risks of increased particulate matter pollution from quarries and other aggregate production operations. Some of these tools include the ability to issue a county-wide moratorium, form a commission to require TCEQ coordination with local authorities, and create a comprehensive county development plan. These tools have already been used by other Texas counties. The aggregate industry and their shell companies now own over 25,000 acres in Comal County: seven percent of the entire county land area. Which of these tools have you used (for challengers, would you use) to support your constituents who are concerned about the health effects of the proposed Vulcan Materials quarry and future aggregate facilities in Comal County? (Selection options: Moratorium, Commission, Development Plan, Other.)

Smith: I would have to study these options further to see what is allowable under statute, since County Government is limited by statute. But what I can promise is that I would not be shy about using whatever tools we can to advocate for our county and my citizens, while still balancing property rights, which Texans hold so dear. I will also be responsive to my citizens, and involved in the meetings/etc. If it is important to you, then it will be my job to be involved—not to ignore the situation.

Poisel: I would like to create a commission that works directly with the State in order to require the TCEQ coordinates with local authorities to place air quality monitors near the site and around the community. The commission would also be responsible for initiating periodic inspections of aggregate facilities by Comal County to supplement the gaps in TCEQ air monitoring. The commission would include environmental experts to protect the health and safety of our citizens.

Question 2. Texas law (TCAA § 382.111, 382.015) states that counties have the same authority as TCEQ to monitor and inspect air quality and emission violations, including the power to install and operate air quality monitors, and to enter public or private property to determine if permitted plants are exceeding allowed emission levels. Harris County has already done this and operates multiple county-owned air monitors to help protect its citizens. Have you (for challengers, would you) helped protect Comal County citizens by actively supporting the installation and operation of county-owned air quality monitoring equipment and initiating periodic inspections of aggregate facilities by Comal County to supplement the gaps in TCEQ air monitoring?

Smith: YES. I think having monitoring equipment in place will force our aggregate companies to be better citizens and stewards of our resources. Funding would be the big concern with this. Advocating for the state to install monitors would be my first priority. Searching for grants and other ways to fund monitors must also be considered. Once such monitors were installed, enforcing infractions would also be an ongoing responsibility.

Poisel: YES. I would absolutely help protect Comal County citizens by actively supporting the installation and operation of county-owned air quality monitoring equipment and initiate periodic inspections of aggregate facilities by Comal County to supplement the gaps in TCEQ air monitoring. Living in an area where people enjoy boating, hiking, floating the river, and listening to live music outdoors, it is extremely important and necessary to monitor the air quality of our area to maintain the lifestyle we all moved here to enjoy.

Question 3. Applicants for TCEQ air permits often face opposition from a community when the proposed facility such as a rock crusher/quarry or concrete plant will significantly impact area residents. For these types of TCEQ air quality permits, Texas law allows counties to directly request a contested case hearing and participate with the county itself as an “affected person” (Texas Administrative Code, Title 30, Subchapter F). TCEQ’s Office of Public Interest Counsel has found in numerous air quality permit applications that counties are themselves affected persons. In recent years, Texas counties such as Kendall, Kerr, and Burnet, have supported their citizens by requesting contested case hearings on air quality permits for rock crushers. Did you (for challengers, would you have) directly request a contested case hearing on TCEQ permit application number 147392L001 (Vulcan Construction Materials) with Comal County as an affected person?

Smith: YES. While the Vulcan quarry lies in Precinct 2, it would most likely be up to that commissioner to request that. However, that being said…the same resources run throughout Comal County, and the next one could very well be in Precinct 1. As Commissioner, I would advocate for my citizens in a situation like this, and if appropriate, asking for a Contested Case Hearing would absolutely be on the table. Entities such as TCEQ need to hear from all sides of the argument and carefully consider all of the facts before approving such permits.

Poisel: YES. I would request a contested case hearing on the TCEQ permit application number 147392L001 with Comal County as an affected person. I would do this because we must hold companies responsible for what they are doing to the environment and how it affects the citizens. It is the job of the TCEQ to ensure the citizens are not in harm of any carcinogens or other hazards to one’s health. By holding contested hearings, it allows the citizens to have a voice and for the TCEQ to analyze all of the facts and before approving such quarries to pollute our environment.

Question 4. Westward Environmental provides consulting services to aggregate companies such as Vulcan. Texas Aggregates and Concrete Association (TACA) is a lobbying group representing Vulcan Construction Materials and other aggregate companies. Did you communicate with or have contact with or by any representatives of Vulcan, Westward, TACA, or their subsidiaries prior to public notice of permit application number 147392L001 in July 2017?

Poisel: NO. I have not had any communication with TACA prior to public notice of permit application number 147392L001 in July 2017.

Question 5. Comal County is experiencing rapid growth, much of which is occurring in unincorporated areas. County commissioners have claimed they have insufficient authority when it comes to regulating incompatible land use or protecting citizens against threats to their health and property. What specific actions have you taken (for challengers, would you take) to rectify this lack of authority and foster a reasonable and predictable approach to development that protects all property owners?

Smith: I would work with the state legislature to determine what options are available. Property owner rights must be balanced with acceptable health and safety. I will be responsive to my citizens and be involved with the citizens to Advocate their concerns. It will be my job to be involved, not to ignore the situation.

Poisel: I realize that the reason most people moved out here is to have more freedom with their land. It is one of the reasons we moved here as well. With that being said, if we would like to continue to enjoy this beautiful hill country, we must work with the state to preserve our community’s beauty. Because the county is limited on their authority, I would begin by reaching out and working with the State Legislation to see what bills we can pass that would allow counties to have more authority when it comes to regulating land use and protecting citizens from threats to their health and property. Once the county has more authority, we can begin to put things in place such as working with experts in regards to air monitoring systems that would monitor air quality and enforce compliance where needed. 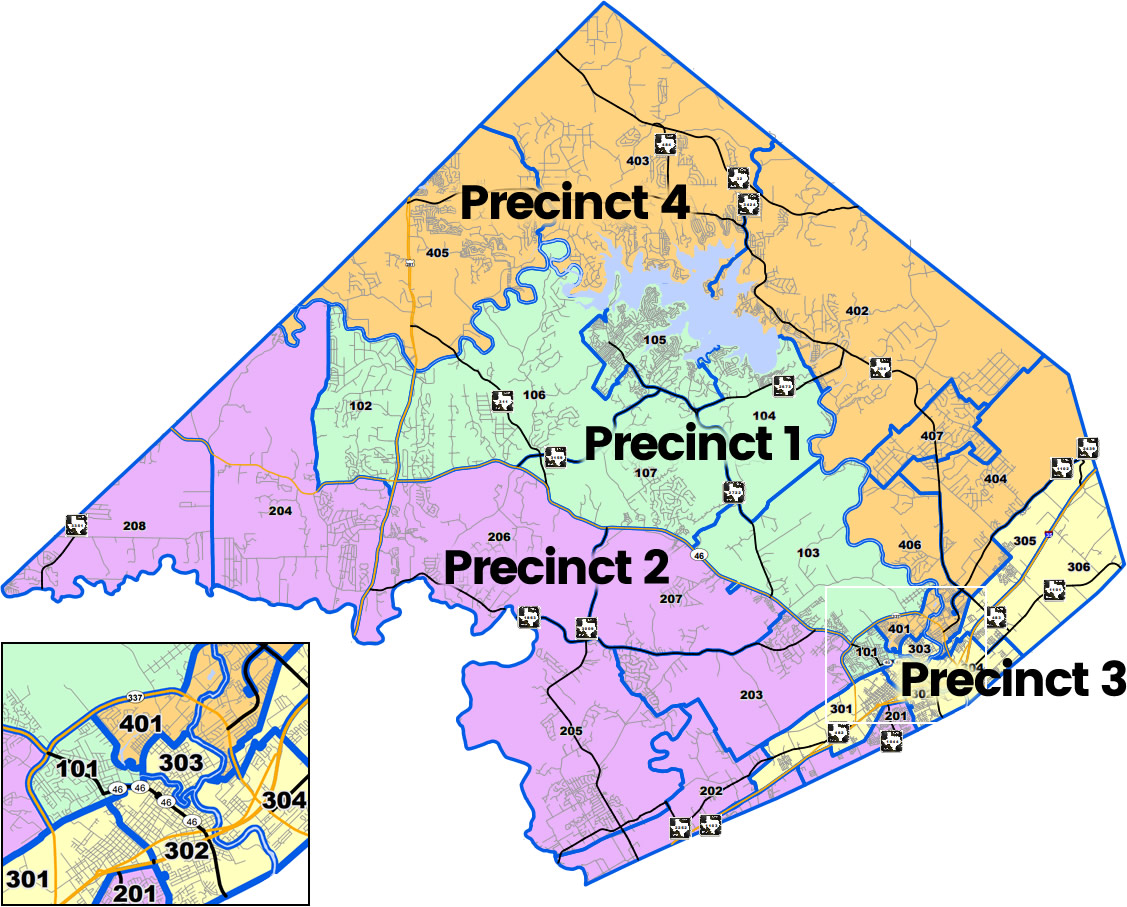