Comal County continues to provide new and exciting underground surprises. The proposal to convert 1500 acres of Hill Country land to an open-pit mine and limestone quarry, and the deluge of recent applications to discharge wastewater into pristine streams and creeks, has ignited interest in Comal County’s natural resources and unique environmental features.

In June, local landowners discovered a brand-new chamber in Double Decker Cave on their property. Located in between the proposed Vulcan quarry site and Natural Bridge Caverns, Double Decker now measures over 1100 feet in length, with a depth of over 100 feet. 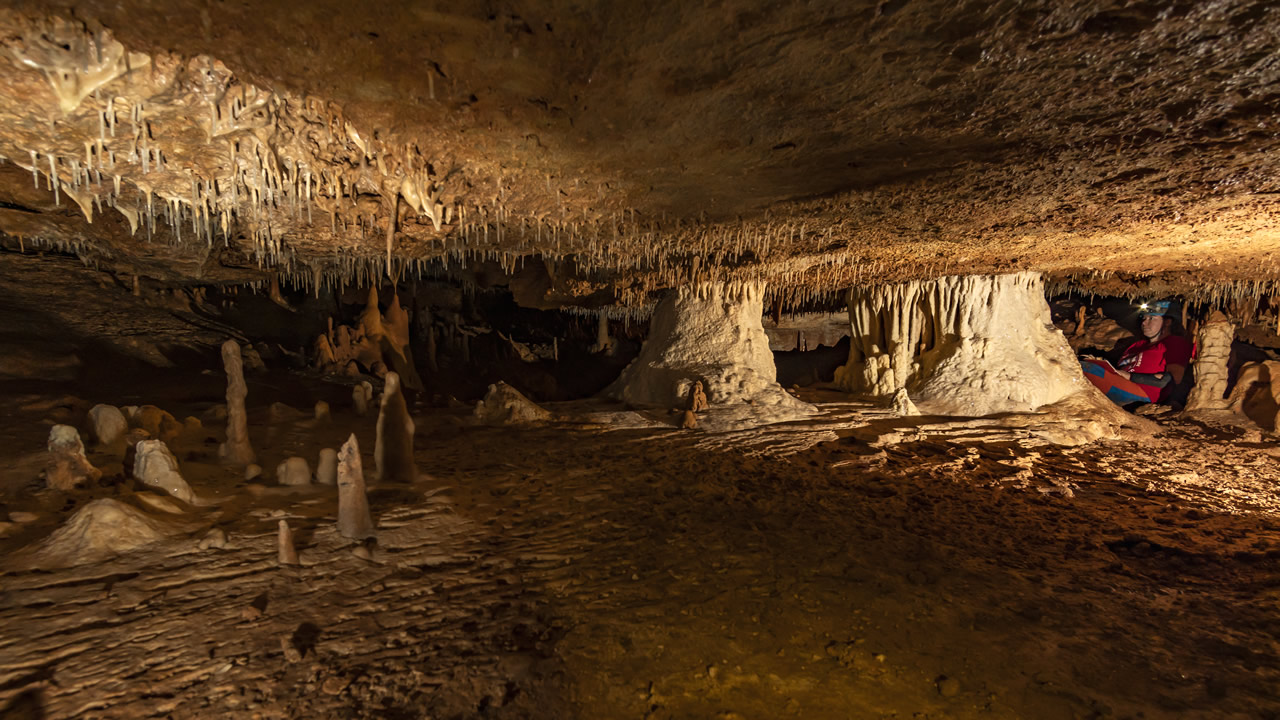 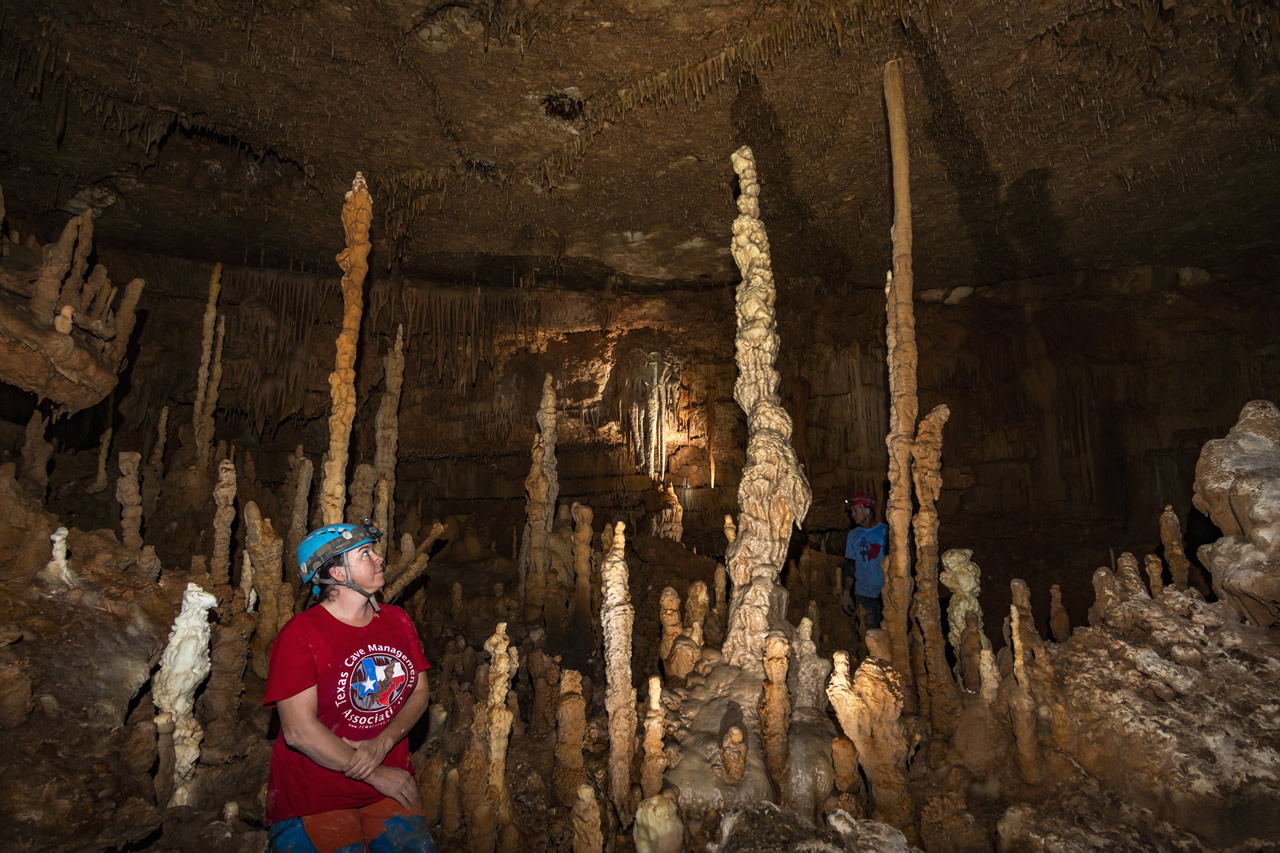 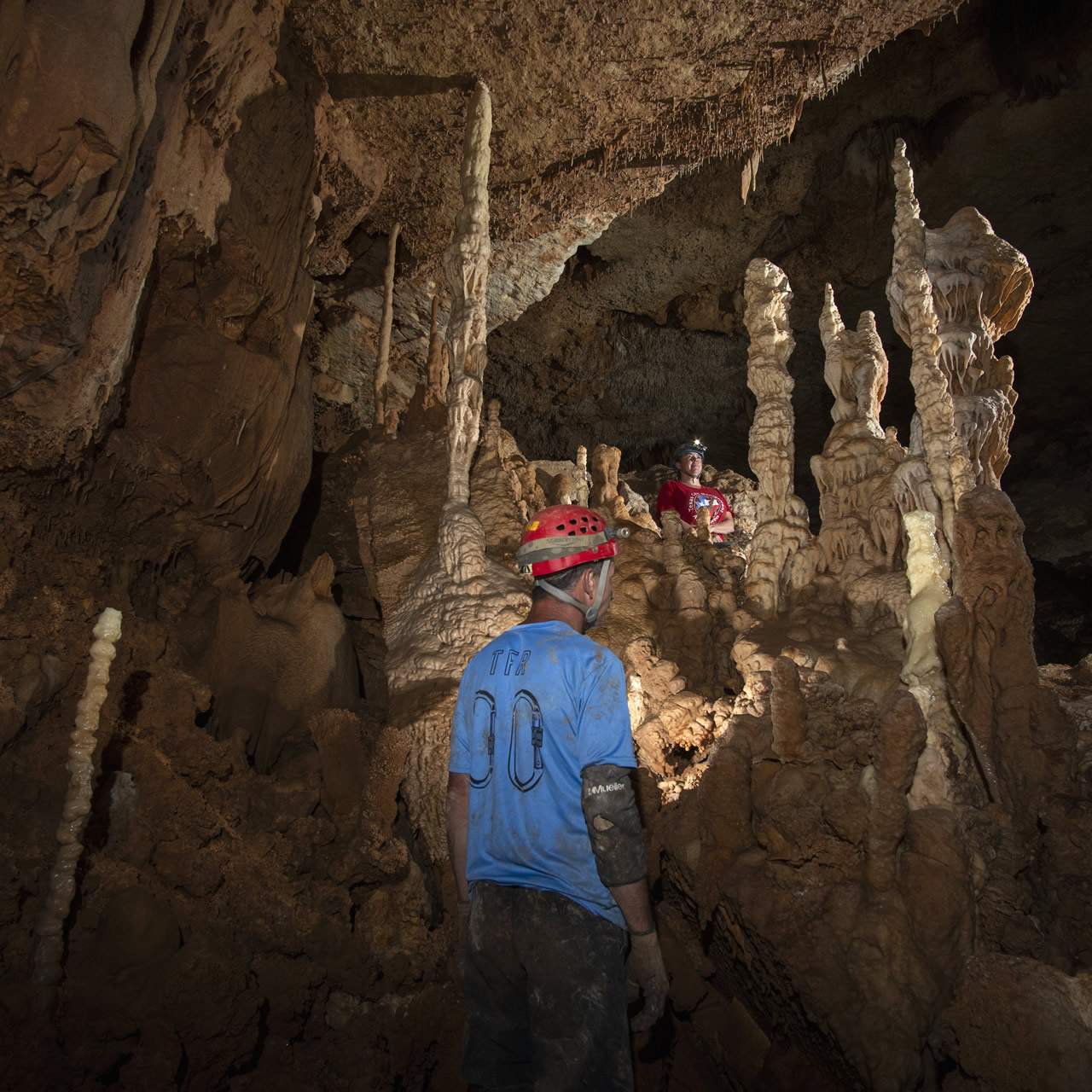 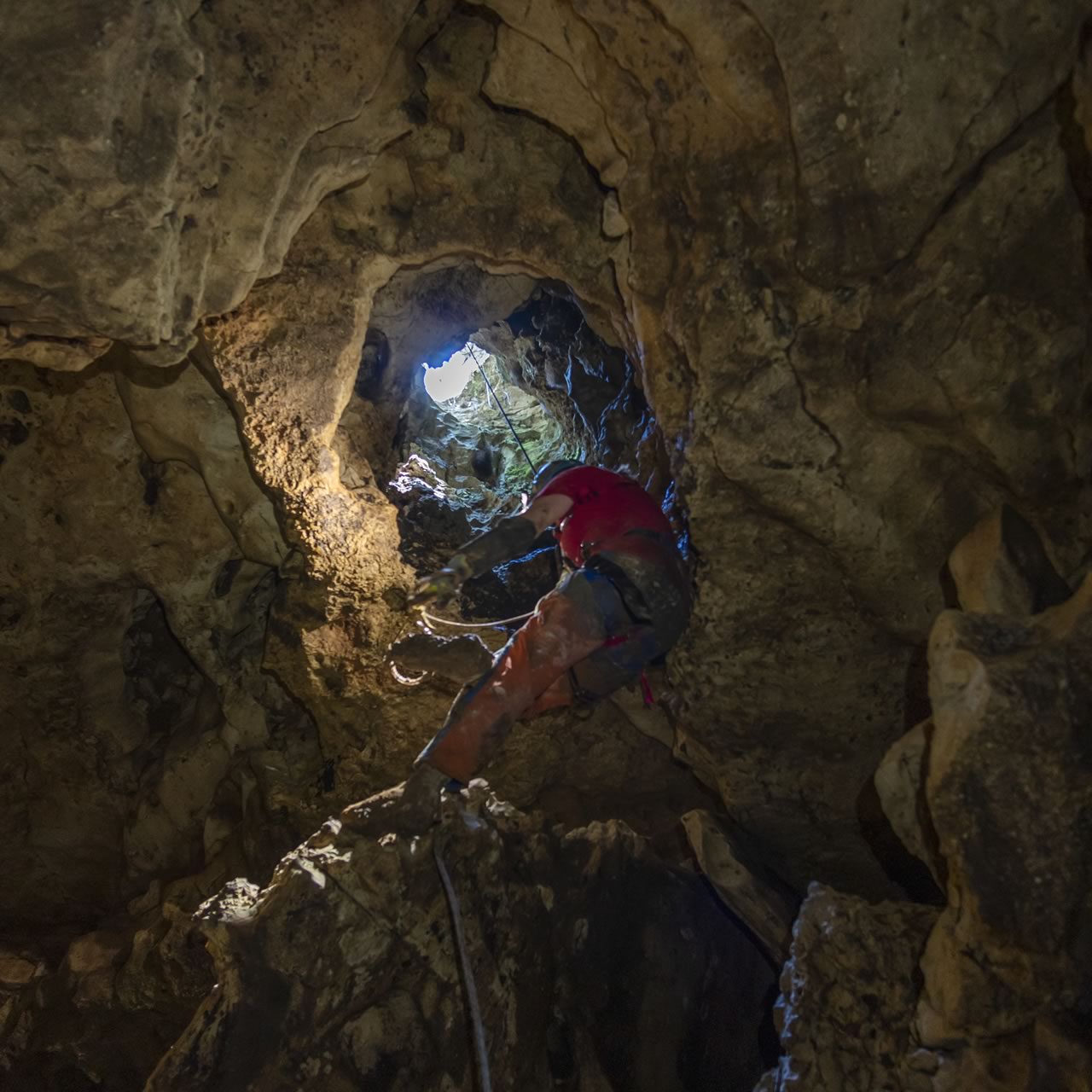 The exploration of Double Decker Cave is being led by Dr. Ben Hutchins, an invertebrate biologist with Texas State University. He is being assisted by teams of volunteer “cavers” from San Antonio and Austin. As a retired geologist and member of Preserve our Hill Country Environment (a non-profit organization working to protect the Texas Hill Country from under-regulated quarries and other aggregate operations), I have had the privilege of organizing this project.

The discovery in Double Decker follows closely on the heels of the new passages currently being explored in Natural Bridge Caverns. Comal is one of the top counties in Texas when it comes to total number of caves. The Texas Speleological Society recognizes 226 caves in Comal County. Honey Creek Cave, located near Guadalupe State Park, is the longest known cave in the entire state, currently measuring over 22 miles. Natural Bridge is believed to be over three and one-half miles long.

At 1100 feet, Double Decker Cave has a long way to go to “catch up” with more well-known caverns, but who knows where it will end? Back in 1964, both Honey Creek Cave and Natural Bridge Caverns were only reported to be 1000 feet long!

Unfortunately, Texas allows quarries, such as the nearly three-mile-long facility proposed by Vulcan Materials, to destroy caves encountered during the blasting and mining processes. The next Natural Bridge could be at risk of destruction—even before it is fully explored.

Clearly there is still much to learn about the subterranean connections in the area—not only through caves and caverns, but also through the numerous natural faults and fractures located in the environmentally sensitive Edwards Aquifer Recharge Zone.

One purpose of the cave study is to gain a better understanding of the groundwater flow in the recharge zone and the important role played by caves. As the Hill Country undergoes record development, numerous new caves are being discovered.

The abundance of caves and other karst features naturally created by underground water flow demonstrates just how easy it is for pollutants to enter the groundwater system. It is, therefore, extremely important that water wells and septic systems be properly maintained. Residential fertilizers, insecticides, and weed killers should be used sparingly, if at all, in the recharge zone.

The nitrates used by quarries to blast apart limestone formations, and the chemicals and diesel fuel stored by these industrial facilities pose an unacceptable risk to the drinking water that 1.7 million residents depend on. Additionally, a quarry located over the recharge zone is essentially a permanent, man-made “funnel” that can quickly transport pollutants into the underlying aquifer.

Current rules and regulations by TCEQ and the Edwards Aquifer Authority are insufficient and loosely enforced. If we care about the water we drink and our beautiful caves and caverns, it is imperative that we regular citizens band together and demand more from our public officials and state agencies. For more information and future updates, please visit stop3009vulcanquarry.com and follow Preserve our Hill Country Environment on Facebook.

Is there an underground connection linking quarries to Comal Springs? In 2000, 2,800 gallons of diesel spilled at the Cemex quarry, then showed up in Comal and Hueco Springs a few days later.

What We Have Learned About the Air We Breathe

The unique natural resources of the Texas Hill Country are at increasing risk from aggressive expansion by aggregate mining companies proposing numerous rock quarries and cement plants throughout the region.