The landowner noticed the thick, whitish-brown liquid flowing from Anderson Columbia property, running under the adjacent railroad track via flood drainage piping, and streaming across his property and into a downstream pond.

The substance appeared to be coming from a breach in a dike surrounding one of the tailing ponds on the 800-acre limestone mine and quarry. Tailing ponds are used to store waste byproducts created by mining and quarrying operations. It is suspected that the liquid contains limestone particles, clay fines material, various polymers, and other unknown substances—many of which can remain suspended indefinitely. The toxicity level of the liquid is currently unknown. 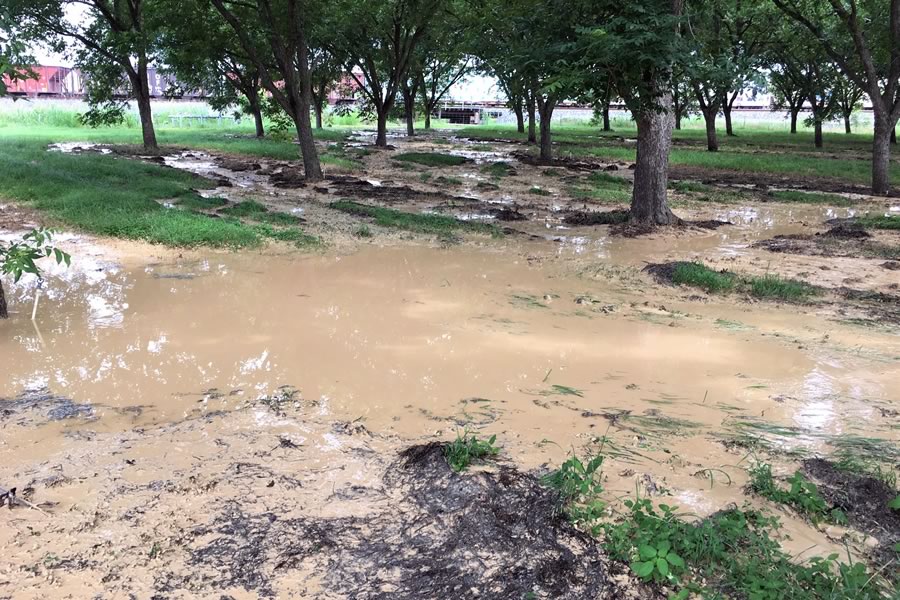 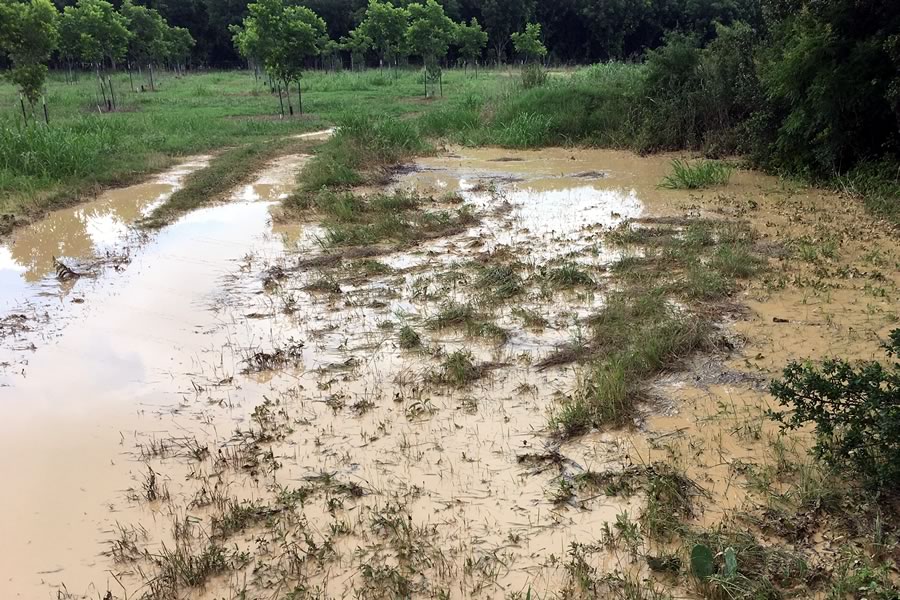 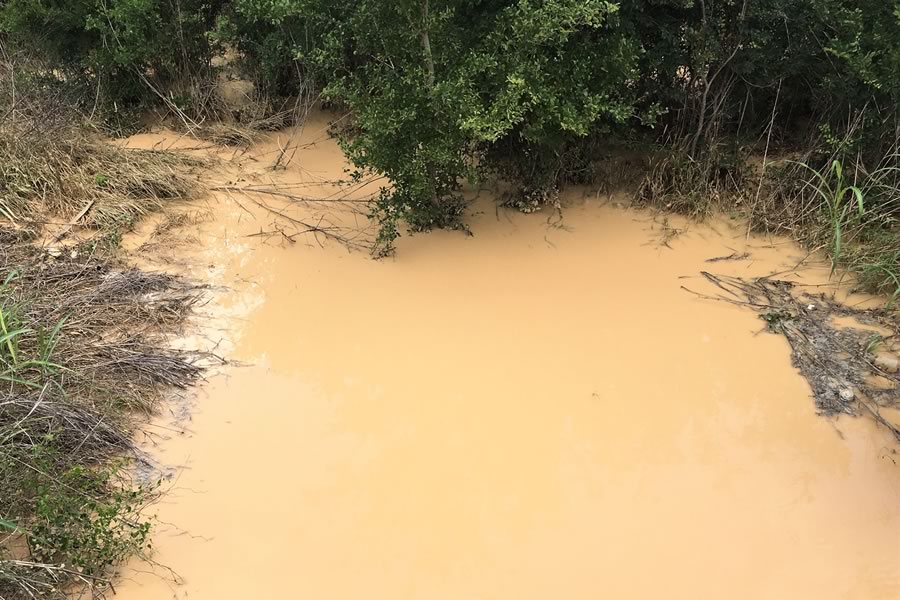 Furthermore, most of the 800-acre quarry is located over the environmentally sensitive Edwards Aquifer Recharge Zone, the primary source of drinking water for over two million people. Because of the unique karst hydrogeology characteristic of the Edwards Aquifer, pollutants that enter the Recharge Zone can travel quickly through the aquifer and contaminate water sources in a very short period of time—sometimes as little as hours.

According to state law, it is a quarry operator’s responsibility to inform the Texas Commission on Environmental Quality (TCEQ) of any breaches in tailing pond containment structures. We do not know whether Anderson Columbia has done this. Furthermore, we do not know whether Comal County or Edwards Aquifer officials are aware of the apparent breach and subsequent contamination.

Unfortunately, in Texas, aggregate tailing ponds and containment structures are unregulated and no permits are required for quarry tailing ponds. Because of the lack of oversight from TCEQ, incidents such as this frequently go completely unreported unless they are observed by downstream neighbors, often after contamination has occurred.

This is just the latest example of problems resulting from the lack of accountability and lax oversight of quarries and aggregate mines in Texas. Milann Guckian, president of Preserve Our Hill Country Environment, stated, “There are currently no regulations on dike engineering for tailing ponds. Release of tailing ponds materials past the facility’s property line shows an egregious deficiency with the current regulatory environment that these APOs work under.”

Several miles to the north, Vulcan Construction Materials is attempting to place a 1500-acre quarry and limestone mining operation in the middle of a residential area of Comal County. The proposed quarry is in a legal battle pitting Alabama-based Vulcan and TCEQ against hundreds of area residents, organizations, and Comal ISD.

Vulcan must still submit a Water Pollution Abatement Plan (WPAP) to TCEQ. Jack Olivier, a Comal County geologist and member of the Texas Speleological Association, expressed concern: “Quarries here can act as manmade funnels into the underlying aquifers. The limestone sediment and explosives used for blasting, a combination of diesel fuel and ammonium nitrate, can be introduced inside the pits. And during flood events, pollutants can get washed in, carrying chemicals like pesticides and herbicides, and septic tank effluent.”

Stay informed by visiting www.preserveourhillcountry.org and www.stop3009vulcanquarry.com, and by following our Preserve Our Hill Country Environment and Friends of Dry Comal Creek Facebook pages for news updates.

Preserve Our Hill Country Environment is a non-profit organization formed in 2018 to preserve, protect, and restore the land, water, air, wildlife, unique features, and quality of life in the Texas Hill Country against the aggressive and insufficiently regulated expansion of the aggregate industry.