AUSTIN—The hearing on the merits against Vulcan Construction Materials ended early Tuesday afternoon. Approximately 80 people attended the two-day hearing, including Comal County residents currently living near the proposed quarry site, many of whom would share a fence line with the proposed 1500-acre open-pit mine. State Office of Administrative Hearing (SOAH) Administrative Law Judge Rebecca Smith presided over the hearing and will determine whether TCEQ should grant the air quality permit application.

During discovery, Vulcan refused to provide complete core sample data of the material they plan to crush, presenting only a single, self-selected sample. Therefore, residents living adjacent to the proposed site ordered a core sample to be taken on their own property—just 30 feet from one of Vulcan’s sampling locations—and had it tested by a certified laboratory (WJE Associates). On Monday morning, the judge admitted this core sample data into evidence. This sample shows crystalline silica (a carcinogenic contaminant) concentrations five times as high as the sample provided by Vulcan.

At the hearing, Vulcan employee Dr. Lori Eversull stated that Vulcan drilled and tested 41 core samples to determine the economic viability of the quarry. But when it came to air pollution modeling, they decided a single composite sample taken from three locations would be sufficient. On Monday afternoon, Dr. Eversull stated that they “had a sense” that these three would be adequate to form a “representative” sample and that core samples from most of the 38 other locations had been destroyed.

David Drewa, Director of Communications for Stop 3009 Vulcan Quarry commented: “The fact that Vulcan tested 41 core samples for economic reasons, but only presented a single, cherry-picked sample for pollution modeling is revealing: generating revenue is apparently far more important than protecting the health of nearby residents.”

TCEQ personnel stated that they used “nearby” air quality monitors to model background and cumulative air pollution. However, the monitors they used for this permit (Selma and Heritage Middle School) were located 12 miles and 28 miles upwind from the proposed quarry location. None of the modeling data in the permit included any air quality data from Comal County.

“The glaring lack of data from Comal County in modeling this quarry’s air pollution is disturbing considering that there are over 20 aggregate, concrete, and cement facilities in Comal County,” said Drewa.

TCEQ toxicologist Jong-Song Lee finally admitted, after several evasions, that health hazards like silicosis are directly related to the amount of crystalline silica emitted by all quarry operations (not just the rock crusher): “Yes, they could cause harm to human health and the environment.” Despite this clear health risk, TCEQ does not consider any air pollution from the quarry activities themselves—mining, blasting, product transfer, truck exhaust, etc.—the permit only covers and restricts pollution from the actual rock crusher.

Parties will now file written closing arguments and replies by early July. The SOAH judge plans to render a decision in this case by September 3, 2019. She could recommend complete denial, approval as is, or additional restrictions and requirements. Stop 3009 Vulcan Quarry and Friends of Dry Comal Creek are confident that upon review of the evidence and facts of the matter, the judge will agree with our conclusion: this permit contains insufficient protections for area residents and our state’s natural resources. Stay informed by visiting www.stop3009vulcanquarry.com and following our Facebook page for news updates. 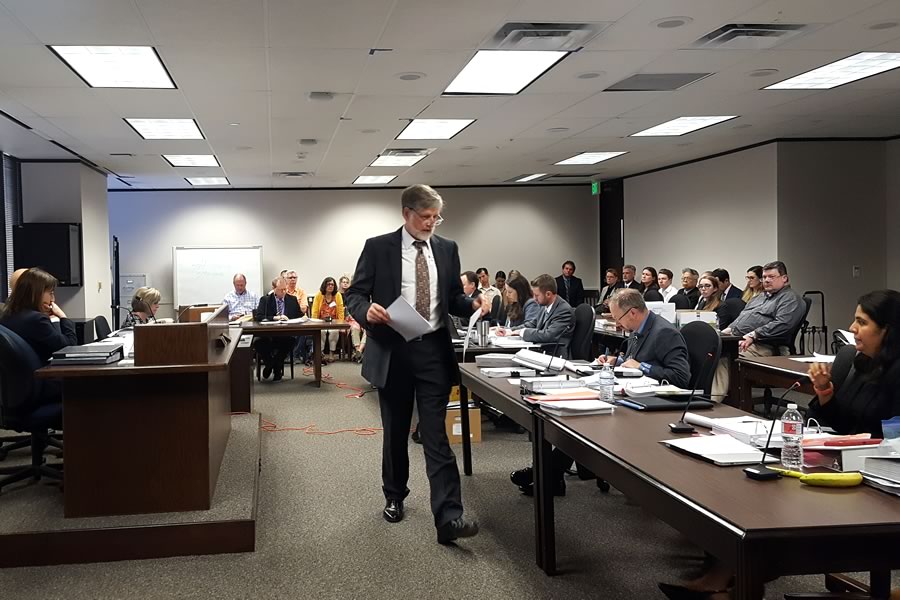