Since Vulcan Materials filed the permit application for its proposed Comal County quarry, Representative Kyle Biedermann has worked to stay informed, meet with concerned citizens, and learn more about the aggregate-related problems that face many Texas counties.

While his voting record on environmental issues isn’t perfect, it’s encouraging that Mr. Biedermann broke ranks with many of his party members to support HB 1862, a bill that would better protect several Texas stream segments and give more authority to local water planning groups.

Mr. Biedermann has actively engaged with TCEQ, been in constant communication with our group, hired staff with expertise in water and air issues, and prioritized legislative solutions for issues related to TCEQ and incompatible land use.

A member of the County Affairs committee and the Governor’s working group on water policy, Representative Biedermann stated that “some form of local control could be appropriate for the fast-growing Hill Country” and is developing much-needed legislation to help level the playing field for citizens working to protect our families, property, and our state’s natural resources.

Stephanie Phillips highlights local control and problems with the aggregate industry on her campaign website, and supports increased regulation and more effective monitoring of quarry and aggregate operations—especially over the Edwards Aquifer recharge zone. She also advocates giving selected counties authority “to implement common sense land rules.” Ms. Phillips would likely be a very good friend to our cause.

But Representative Biedermann’s position on the County Affairs committee and seat on the Governor’s water policy group are notable—and his influence as a member of the likely majority party would be greater. The attention and diligence Kyle Biedermann has given to our efforts merit another two years in the Texas State House. 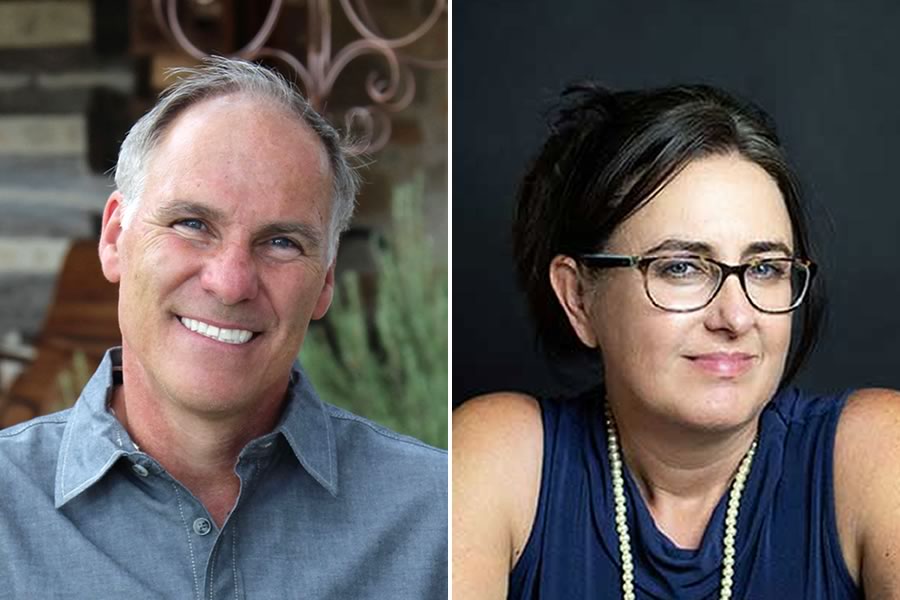 Question 1. Texas requirements for aggregate mining (rock quarries) are very minimal compared to other states. For example, unlike Colorado and Wyoming, Texas has no requirements relating to quarry blasting, water usage, ore and product transport, or site reclamation. While the State of Texas currently regulates these areas for coal and uranium miners, aggregate miners are not required to follow similar rules. Would you support legislation that standardizes these rules and requires aggregate miners to meet the same standards that coal and uranium miners currently meet?

Biedermann: YES. I support having the larger aggregate production operations having the same or very similar permit requirements as the current coal and uranium operations in Texas. I have been in discussions with the Railroad Commission to start this process.

Phillips: YES. I would absolutely support legislation that standardizes the rules for aggregate mining relating to water use, wastewater, blasting, transport, air quality, site reclamation, etc. Texas should require companies to meet the same standards that coal and uranium miners currently meet. I support legislation to grant authority to county governments to implement common sense land use rules and monitoring of aggregate plants at a local level. I would also work to protect and support our cultural and historic districts, our tourist areas, and our state parks and recreational areas. Just because the aggregate needed by industry exists within this district does not mean out of state corporations have an inalienable right to it that outweighs the property rights of local residents. People will not continue to want to relocate, vacation and retire here if the air is full of silica dust from rock crushers, the roads clogged with heavy trucks, and the landscape pitted with quarries. I envision a different future for our precious Hill Country and seek to protect and nurture our communities and foster the kind of local business and economic development that values our precious natural and cultural heritage.

Question 2. Aggregate companies own and are purchasing large tracts of agricultural and ranch land for quarry, cement, and asphalt operations, in many cases creating incompatible land uses, severely reducing the value of nearby homes and ranches, and threatening the health of surrounding residents. County governments have little authority when it comes to regulating incompatible land use in unincorporated areas. Would you support legislation to grant such authority to county governments to implement common sense land use rules and monitoring of aggregate plants at a local level, thereby fostering a reasonable and predictable approach to development that protects all property owners?

Biedermann: I support having a much more rigorous and expanded TCEQ planning, public notification, and permitting process. In fact, my Environmental Policy Expert, Larry Bailey and myself have the honor to serve on Governor Abbott’s water and TCEQ policy working group. We now have a seat at the table to have these important issues to Comal County heard at the highest level.

Phillips: YES. As the only local legislative candidate that lives in an unincorporated part of rural Comal county I have watched the growing presence of aggregate mining in the area with unease. The Texas Hill Country is known as a tourist destination and a number one location for Texans to retire. Part of the rugged beauty of the area comes from a unique geology including huge limestone deposits that make up the recharge zone of our Edwards aquifer (water source to around 1.5 million). Unfortunately, 80 percent of the limestone that is most desirable as aggregate is located in the area. Quarries that crush limestone into gravel, sand pits, concrete plants, and other industrial activity are rapidly expanding in the Hill Country. The increase in these industries will have a negative impact on our local air and water quality, property values and health but the current demand for construction aggregate makes this kind of development profitable despite near unanimous opposition by local residents. Aggregate companies own and are rapidly purchasing agricultural and ranch land for quarry, cement, and asphalt operations. Residents have discovered that their local county governments have little to no power to protect their property values, stop the destruction of the hills, caves, and springs or to prevent the pollution of our air and water. It is going to take new legislators (who aren’t funded by corporate and PAC donations) in the Texas House and Senate to push for local control over development in the Hill Country.

Question 3. The Texas Hill Country possesses 80 percent of all limestone quarried in Texas. The process for obtaining TCEQ air quality permits includes an option to grant these permits without giving citizens the opportunity to contest the permit application through the State Office of Administrative Hearing. Additionally, TCEQ has recently eliminated and shortened key public notification requirements for certain permits. What specifically will you do to fix the broken TCEQ permitting process and ensure that our natural resources such as air and water are adequately protected in the future?

Biedermann: Recommend through proposed legislation: a. that new air quality permit requirements be instituted, and b. that a state groundwater agency/organization approve the proposed use of groundwater/surface water for rock quarries.

Phillips: The contested case hearing process is an essential part of the air quality permitting process. In recent years TCEQ has eliminated and shortened key public notification requirements for some permits. This means that the public has less opportunity to be notified and less time to understand the issues and provide input on the potential effects to their health, communities, and environment. We should be strengthening the public involvement in the process rather than further diminishing public’s opportunity to participate. We live in the fastest growing area of the country and we must decide what we want the future to be like as this area develops. We do not have the power to stop growth and development in the area but citizens and businesses must be able to plan and to participate in the process going forward. We currently do not have much ability at all to protect our natural resources, such as air and water, in the future. Political power is vested in and derived from the people, and the people have an inherent and inalienable right to local self-government. This should include the power to enact local laws protecting health, safety, and welfare. I would begin by revisiting the legislation proposed in past efforts to secure local control for our Hill Country counties and then work to build a coalition with other legislators in the area to strengthen environmental protections in the Hill Country, esp in the Edwards Aquifer Recharge Zone.

Question 4. Vulcan Construction Materials is a large, out-of-state quarry and cement plant operator. Westward Environmental provides consulting services to aggregate companies such as Vulcan. Texas Aggregates and Concrete Association (TACA) is a lobbying group representing Vulcan and other aggregate companies. Have you or your campaign ever received any monetary or in-kind contributions from Vulcan, Westward, or TACA?

Biedermann: YES. I have received a $500 donation from TACA, though I have not spoken with them since last session.

Phillips: NO, none. My grassroots campaign is only accepting donations from individual human people and from our local Democratic clubs. My donations are overwhelmingly from residents of HD73 and I will not be financially beholden to any corporate, industrial, or special interests. I have also not received any funding from Empower Texas, a top donor to many candidates for Texas House. Empower Texas is not a local PAC and they are largely funded by extractive industry (Oil, gas, fracking). I include this information because it concerns me that any Representative funded by Empower Texas would not have the freedom to pass legislation that offered options for local control to any community that wants to limit or regulate mining or drilling operations anywhere in Texas. 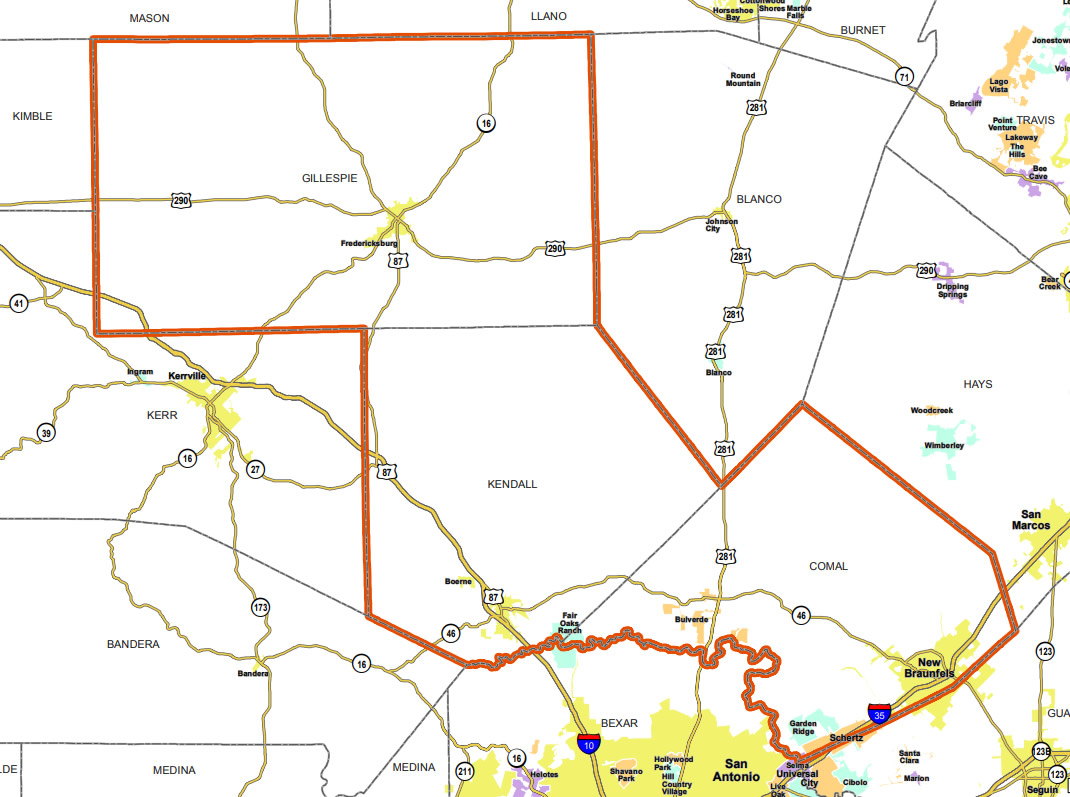